I’ve played this one for 40 minutes or so, because it kind of reminded me of Monument Valley. It lacks the atmosphere, puzzles weren’t that interesting to keep me playing, story kind of sucks.

I played this with my kids. They liked it, I wasn’t annoyed (except for one part where you fly hot air balloon, if I remember correctly). Short point and click adventure, nothing special, but not bad.

Nah, not my cup of tea. While done beautifully, It got boring for me quite fast. I don’t remember actually enjoying it. Will stay on the shelf.

OK, I abandoned this one before finishing, but I did have some fun with it. It is as good as inverse tower defense gets, I think there is some story, which is totally not important. In the end it is not that interesting to deserve to be finished. But yeah, fun little game.

I played like 30 minutes of this, and it was not interesting in any way. It seemed like puzzles will be lot of work while not progressing anywhere I would like to follow. I’m not going back to this game.

Short, kind of stupid, reusing same three locations again and again. However I somehow liked it. Probably because of this: 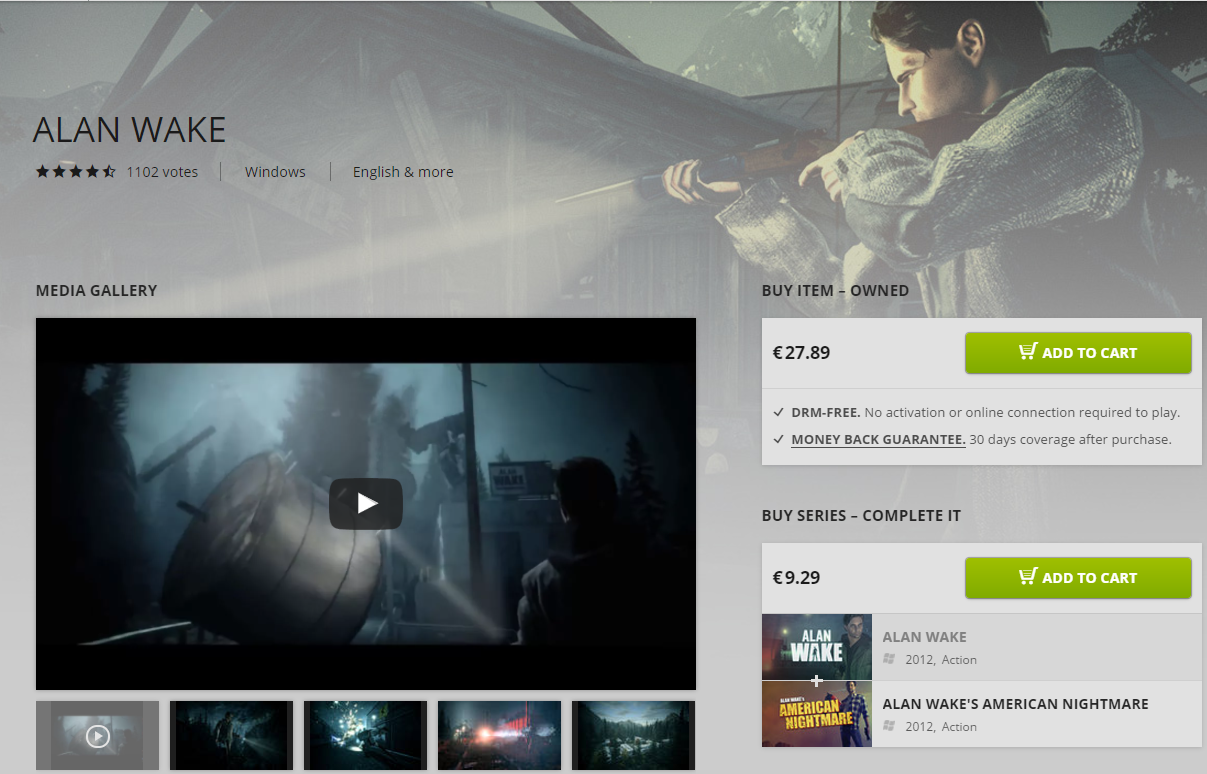 Long time since I’ve played this one, so my recollection is a bit fuzzy. However: I liked the story and twists were well played,  I think. The gameplay was good at start, as you need to switch between bullets and light, but it got old quickly (usually, I play this kind of games on easy, so it might be more intense on harder mode — I’m not sure after all that time). It wasn’t scary at all, as there were tons and tons of same kinds of enemies. I remember being stunned by sheer size of the game, however there was lots of running through boring space. So basically good one, even if a bit flawed. Best part were those late night radio shows. I loved those. Ah, and what those stupid coffee thermoses were supposed to mean?

I think I remember quite liking this one, even though I’m not a big fan of rhythm games (actually I really suck in them). I think I finished it in something like 3 hours or so (steam snapshot includes the time I was doing something else while game was still running).  I like minimalist design of the game and its clear visual language. The music was good I think, controls responsive. I remember one of the last levels used that ultimate dick move of games which inverts the controls, which I really hate, but other than that: nice one.

Weird little game, which is short enough to not overstay its welcome. Lots of 4th wall breaking, some repetitive game play, couple of well played jokes. Overall: good two to three hours of oddness, if you are in the indie experiments.